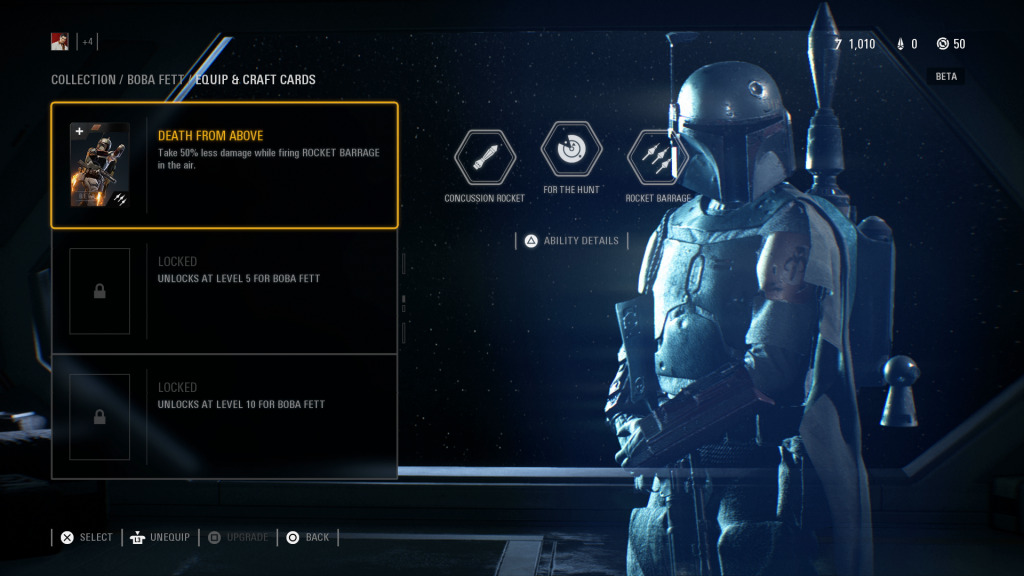 In the last few days and weeks the relationship between digital games and gambling has become a topic of interest to mainstream society with both national media and politicians debating the topic 4, 30. This is the latest aspect that has seen increased attention placed on the role of gambling, and gambling companies, in contemporary society 46, 13, 11. The international journal Computers in Human Behavior has just accepted one of the first academic articles specifically addressing gambling connected to video games: “Investigating Relationships Between Video Gaming, Spectating Esports, and Gambling”, by Joseph Macey and Juho Hamari. The timing could not be more relevant and the growth of media interest in this area has inspired the following discussion.

In recent decades we have seen a general trend toward liberalisation of gambling practices internationally 29, 15, 35, 28. Against this background active participation in gambling has been growing, as have rates of at-risk and problem gamblers in both adolescent and adult populations 8. Gambling is big business, and big news.

The same timeframe has also seen the increased gamification of our everyday life; in many areas services, systems an practices are converging with games and gameful design 26, and the ludification of culture, the ways in which identities are transformed by computer games and other digital technologies. 40

Alongside which the growing prevalence of games as both leisure and instrumental activities 14, 37, of virtual economies 32, and the increased use of both micro-transactions and the free-to-play business model 1, 25, have all contributed to the increased accessibility and appeal of both video games and gambling and while gamification of our lives can generally be considered a positive development, the larger media convergence related to video games, gambling and game industry of has also brought on possible problematic aspects.

The blurring of boundaries between video games and gambling activities has led to a range of problematic scenarios for regulators and legislative bodies 43. Although the consequences of this trend are yet to be fully assessed, concerns regarding the potentially negative effects are numerous, they include: the targeting of vulnerable populations, most notably young people, through “gambling-like” experiences; and increased penetration of gambling using socially-accepted vehicles, whether sports or video games 33.

Allied to these specific concerns are those aspects of internet gambling which have been highlighted as potentially facilitating problematic behaviour, such as increased ease of access and the continuous availability of formerly discontinuous gambling activities 5, 20, 7.

For anyone inside the gaming community it will have been hard to escape the topic in recent years: whether it be the growing popularity of esports betting, controversies and debates over the practice of skins gambling, or even discussions about the game mechanics utilised in free-to-play games.

But why has the issue been catapulted into mainstream awareness now? The answer is simple: Battlefront 2.

A quick summary of the situation is that a “premium” game, which costs around $60 to buy, decided to implent loot boxes as part of the in-game economy. Players use an in-game currency to unlock the boxes in order to access randomly-generated rewards, the currency can either be earned by playing the game or purchased with real-world currencies.

Nothing new here; the practice of increasing monetisation of a game using loot boxes (crates, chests, cases, or any other similarly named item) started with free-to-play games and has since spread to many other business models. Indeed the practice was first popularised in Asia over 10 years ago 36, when Valve introduced the mechanic into Team Fortress 2 in 2010 it arguably provoked a move to the F2P business model 31. Other games such as the FIFA franchise, Mass Effect 3, and Dead Space 3 are notable early adopters.

More recently Overwatch has been held up as an example of the most successful implementation of the mechanic into premium AAA games, thereby legitimising it as a viable model for other game developers and publishers 38. However, in Overwatch, the rewards obtained are limited to essentially decorative items and in-game currency, a player’s progress is not tied to the items contained in loot boxes.

This is where the makers of Battlefront 2 went wrong: certain items required for character progression were only available through opening loot boxes, and the nature of the contents meant players could never be sure whether they would receive the required items. Whether or not the players are fully aware of the nature of these randomly assigned prizes is a question that requires further investigation.

Compounding the above problem, the processes of earning currency by playing the game was organised in such a way that it would require many thousands of hours of play in order to potentially unlock all the contents of the game 2… a game that already cost an initial $60 to purchase. There was an immediate backlash from the fan community and an online campaign was initiated which led to the suspension of all in-game transactions and the attention of Belgium’s gambling regulators 4. A full explanation of the case can be found here 21.

There is a debate as to whether loot boxes constitute a form of gambling 10, for most regulating authorities the situation is clouded by the use of virtual currencies and items, as they rely on a definition of gambling which includes paying a stake for the chance to win a prize. In this definition both the initial stake and the payout are quantified in terms of real-world money. 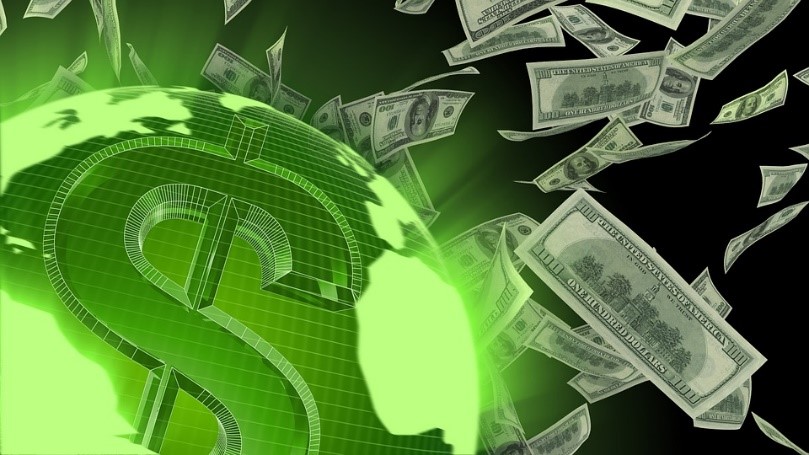 The question centres on discussions as to what constitutes “real” money. 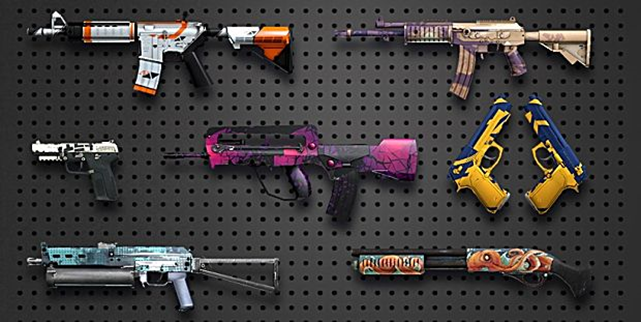 The phenomenon of esports is one which encapsulates the connected themes of gamification, ludification, and the convergence of digital cultures. It is a form of sports where play is “facilitated by electronic systems”, i.e. competitive video gaming organised into leagues and tournaments 27. Industry analysts predict the number of global viewers to rise to 375 million during 2017 12. Additionally, esports gambling has only recently been embraced by mainstream companies, and fantasy esports did not exist prior to 2015, yet the two activities’ total active participants already exceeded 2.25 million within a year 12. Furthermore, it was estimated that over 3m people actively participated in the informal markets surrounding in-game items, such as skins lotteries 12 during 2016.

However, more novel manifestations of gambling practices have been realised, they include: PvP betting, opening loot crates/cases (as described above), skins lotteries, and the use of skins as wagers for casino and card games. PvP betting is a form of gambling where players stake money on their own performance rather than on the performance of others 23. Skins are used in gambling in two ways: first, as wagers in place of real-world currency for games ranging from simulated coin-flipping to real-world sports betting; second, as stakes in “lotteries” where the higher a player’s stake (as a percentage of the total pot) the higher their chance of winning the total pot, essentially a form of “jackpot”-style lottery 23. The most recent gambling activity to emerge in this area is “crash betting”, essentially a digital version of “chicken” in which the player tries to remain “in play” for as long as possible before the game “crashes”. The longer a player stays in, the bigger the multiplier of their origianl stake, but as time progresses so does the chance that the game will crash, leaving the player with nothing.

Other forms of gambling related to video/digital games but not associated with eSports are: Social Network Casino games (SNCs), free-play or practice areas of casino sites, in-game simulated gambling, and in-game gambling with proprietary virtual currencies such as in the games Eve Online 17, 45.

Work addressing the direct relationship between video gaming and gambling habits has only recently begun to be published 16, 19. However, there is a longer history of research into the structural similarities of video games and slot machines 22, as well as investigation of video gaming and associated pathological behaviour 39, 24.

A key area of interest is whether there are particular characteristics of video gaming that serve to mediate, or facilitate, the practice of gambling. An example of the potential value of this knowledge would be to improve methods of identifying and treating those at risk of developing behavioural problems.

We can see that, from the large number of unregulated gambling sites connected to games, current international regulatory practices relating to the area are fragmented and not adequate to deal with this global activity 41. It is also apparent that some game developers appear unable, or unwilling, to address the issue themselves and find themselves subject to the threat of legal action 9. What we can see from this is that some developers are purposefully developing virtual economies as a way to increase the monetisation of consumers without regard to the potentially harmful effects on vulnerable groups, such as adolescents.

However, it is not the games industry that is creating this potentially damaging environment, it is the lack of understanding that permeates all sectors of society; from the general population, policy makers and regulators, to the gamers themselves. Recent reports have surfaced in the mainstream media which highlight the potentially serious effects of the current situation 3.

One potential course of action would simply be to provide players with information regarding probabilities relating to the “payouts” offered by any given loot box, thereby allowing consumers to make a more informed choice. This is an approach recently adopted by Chinese authorities 42.

Research on loot boxes is conducted at as part of the eSports research project at the of Tampere University of Technology and University of Tampere which is focused on the convergence of games and everyday life. 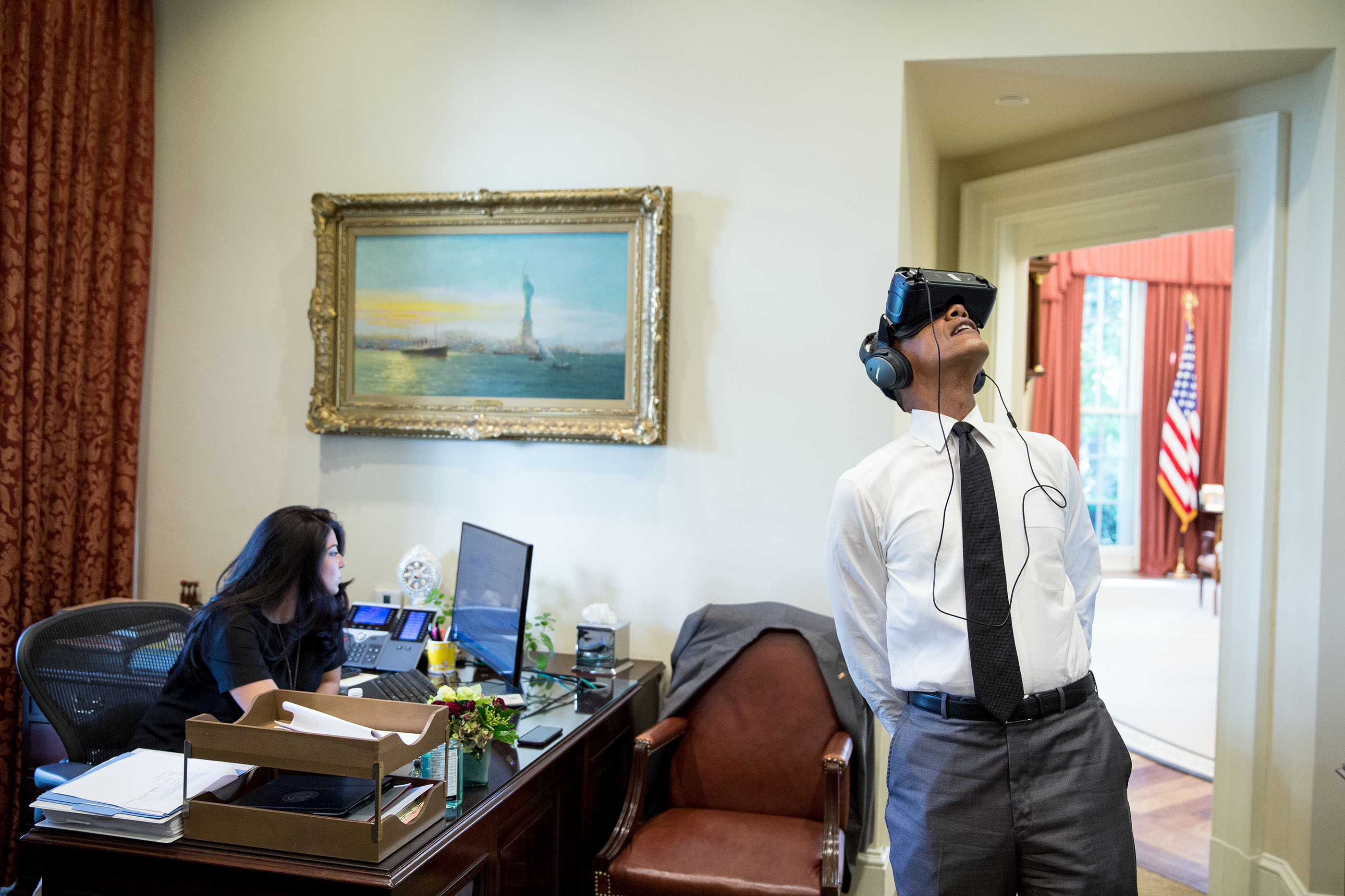 Early findings to come out of the Esports Research Project provide several points of interest. The first is that the contemporary gaming and gambling environments do not have shared patterns of addictive behaviours, in fact the more engaged plyers are with video games, the less likely they are to gamble. In fact, rates of gambling in video gamers and esports enthusiasts are lower than those in the general population 34. Second, results indicate that gambling connected to esports may indeed be an area of concern due to the fact that rates of problematic gambling, measured using PGSI, are significantly higher among esports enthusiasts compared to the general population 34. Additionally, results indicate that as engagement with esports grows, so does both the frequency of gambling and the range of gambling activities in which individuals participate.

The value of this research is also demonstrated in the fact that it has produced results that contribute to a growing body of evidence in which traditional understanding of the relationship between playing video games and gambling is questioned 34. As such, the role of media convergence in facilitating problematic behaviours has been further highlighted, an important issue to consider when developing a holistic understanding of potentially problematic gambling in a digital context.

If you wish to refer to this content or to the article it is based on, please cite:

One thought on “The Convergence of Gaming and Gambling?”